Our new suite dedicated to Giuseppe Garibaldi celebrates the Hero of Two Worlds’ stay in the villa and his visits to the cave. Garibaldi was here in July 1867. He had already accomplished his most famous feat with the expedition of the Thousand, he had been wounded in Aspromonte, he had participated in the Third War of Independence. He was a formidable man, but tried by a life of sailing, wars, and adventurous travels. In some letters, he wrote of how precious our thermal treatments had been to him, and how they had soothed his aches. Here, the man who crossed the globe fighting for the freedom of his people found some moments of serenity in these thermal waters, in the heart of the land for which he had fought so much. 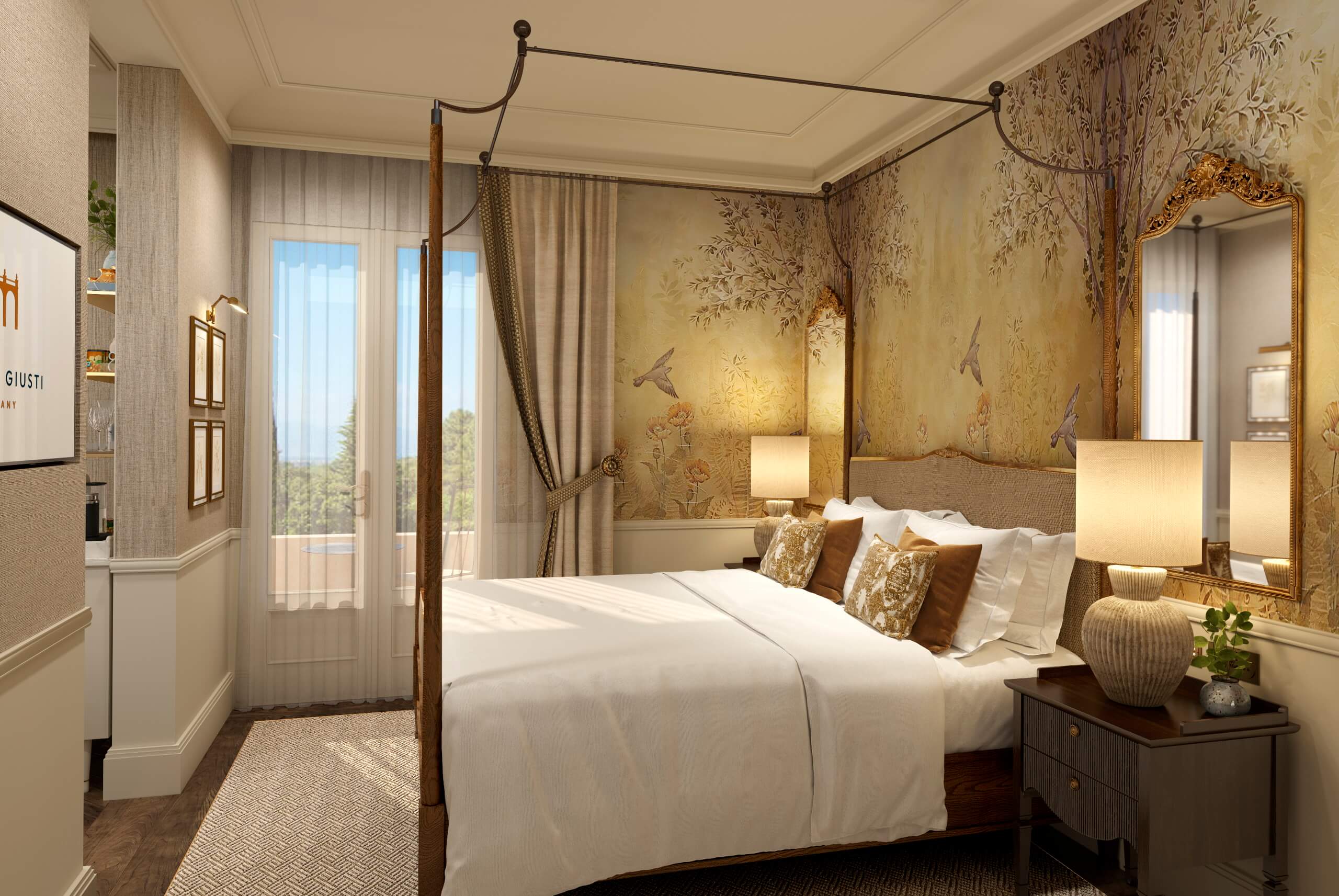 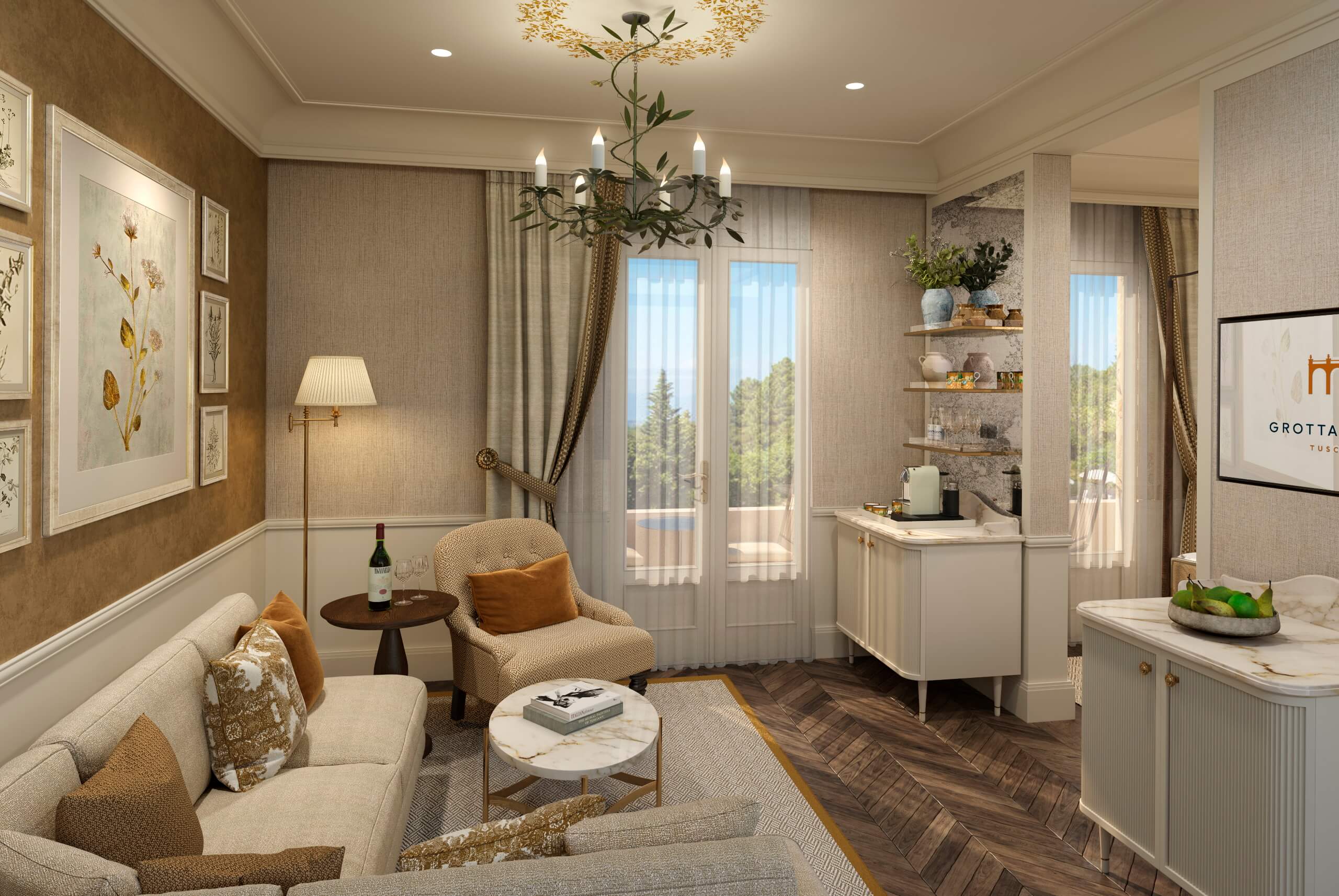 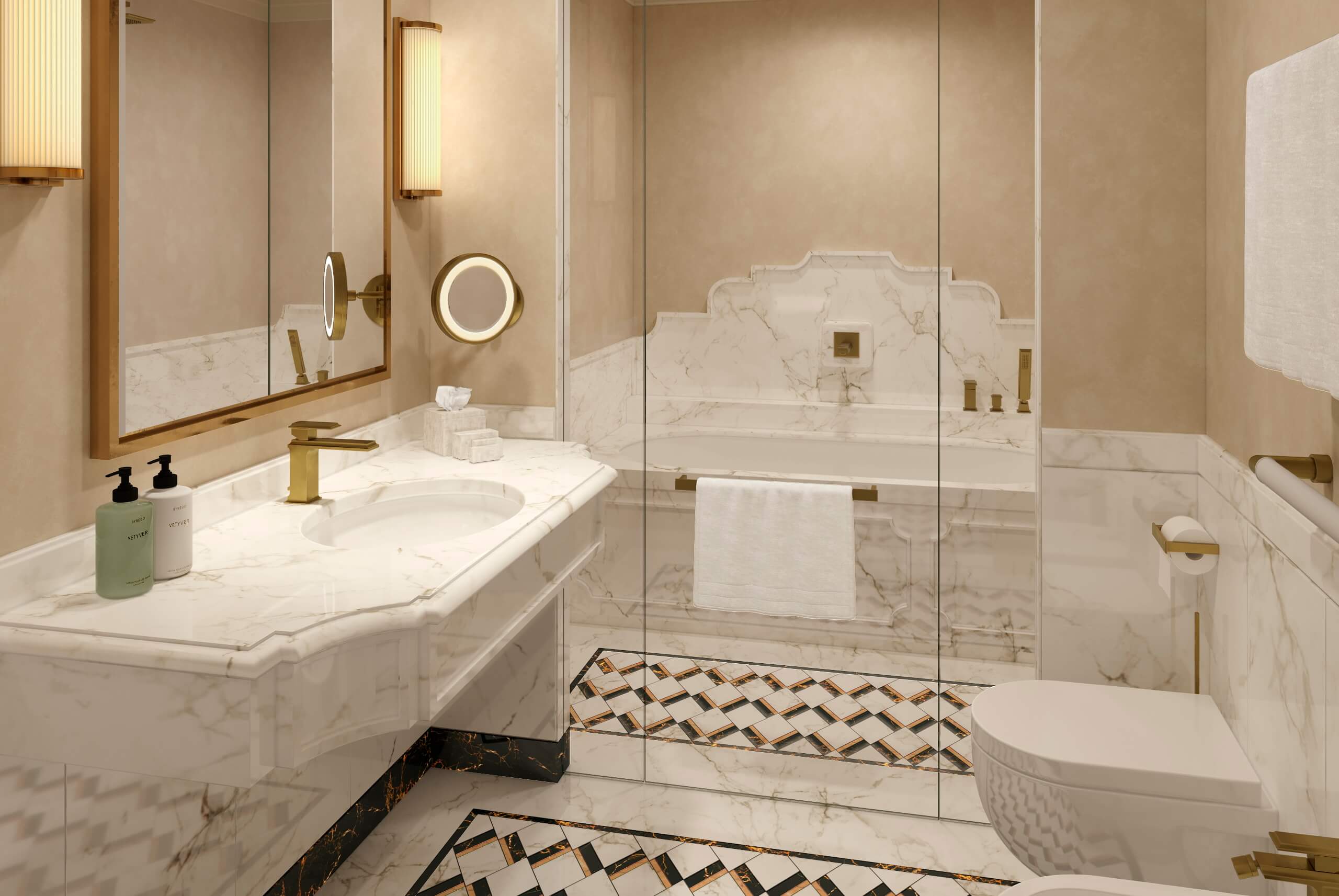 The ritual of sleep

The lights are dimmable to facilitate relaxation and sleep. Dock to connect smartphones to the room speakers, so you can listen to your own music in the room

The Garibaldi Suite is large, elegant and comfortable. Its style is inspired by the nature of the park and by the plants and flowers that populate it. Its colours are those of the forest, which can be seen in the natural fabrics, in the grain of the wood, in the ochre and sand tones found in the walls and carpets. This suite is located in the historic building and its balcony on the façade overlooks the park. It has a large bedroom, a comfortable living room for relaxation, and a beautiful view. Even the bathroom, made of warm-toned marble, is large and refined: a true homage to the thermal culture that gave rise to Grotta Giusti.

Be fascinated by the beauty and mystery of the thermal cave and the age-old park. Treat yourself to a relaxing holiday and let the healing power of the thermal water help you find your balance with nature, while immersed in the wonderful surroundings of the Tuscan countryside. Book online or contact our advisors to plan your enchanting stay. 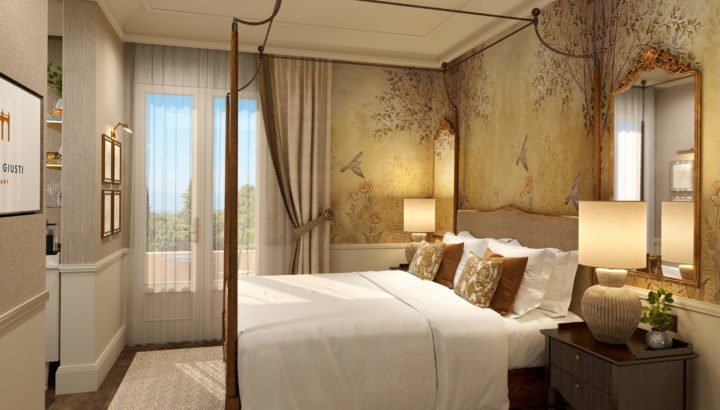 The suite dedicated to poet Giuseppe Giusti has been completely renovated in an elegant, classic style inspired by Tuscany, its art, and its nature.

One of our most prestigious new suites, dedicated to Giuseppe Verdi. Bright and sumptuous, it consists of a stunning bedroom, a living room, and a terrace. 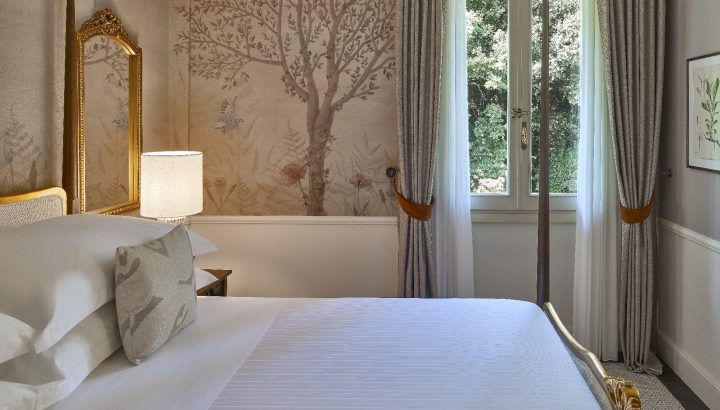 The Park View Junior Suite is in perfect harmony with our territory and its history, with a style inspired by the nature of Tuscany and by the elegance of ancient Italian villas. 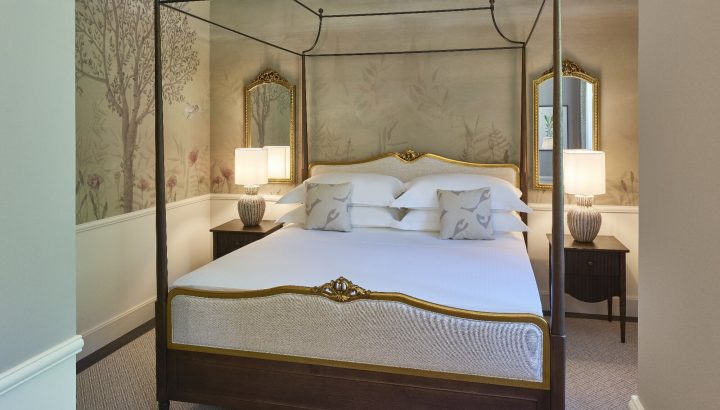 The Junior Suite has the warm and bright hues of the countryside in its textiles and the care of the great Italian craftsmanship in the details of its furnishings. 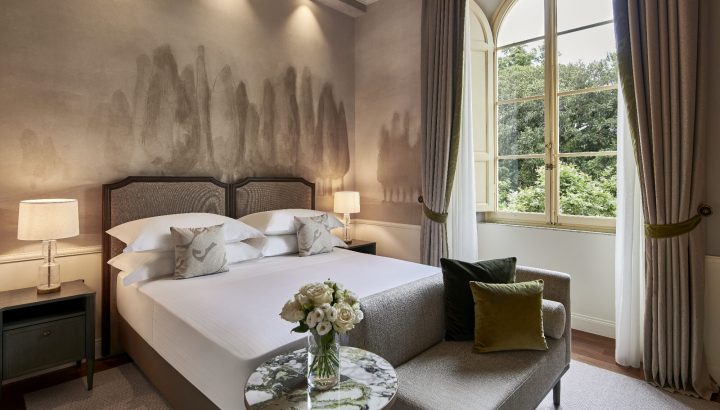 The Deluxe Park View room is characterised by fine furniture, a comfortable double bed and a bathroom with Carrara marble. 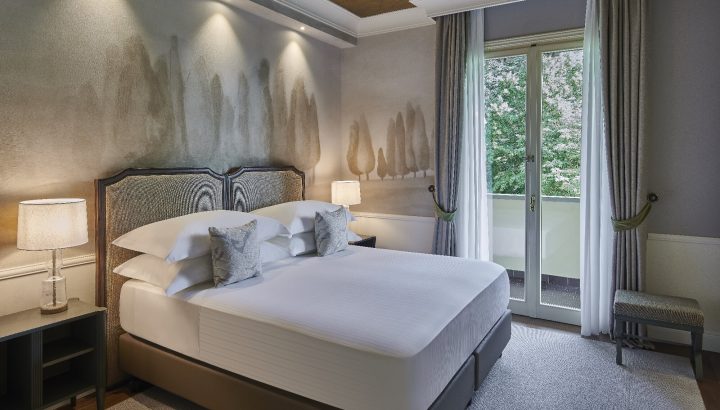 Inspired by the nature of the park, the Classic park view room with balcony is furnished with refined, precious furniture pieces. 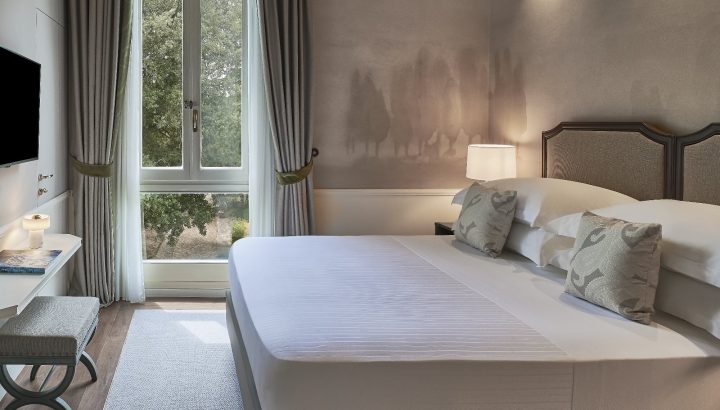 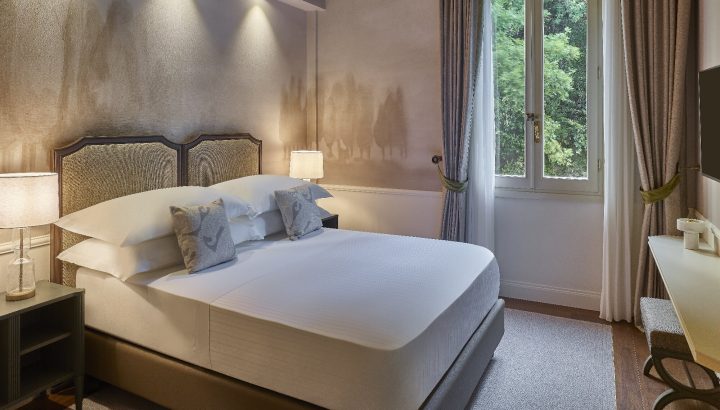 The Classic room, elegant, bright and refined, offers a magnificent view of the hill.